If you are a victim of G.A.S. (guitar acquisition syndrome), and I know some of you are...it's time to open your wallets or cash in your CD's. Julien's Auctions of Beverly Hills California is putting a portion of Les Paul's collection of guitars and equipment up for bid. 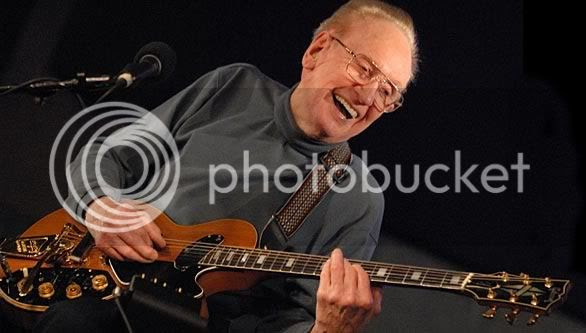 The auction will take place on June 8th and 9th of this year. June 9th would coincide with what would have been Mr. Paul's 97th birthday. Anyone familiar at with Les' guitars and equipment will be impressed and include: 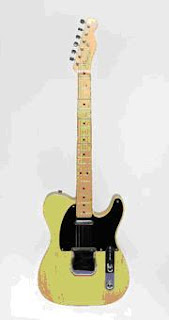 • 1951 Fender Nocaster serial number 1751(Est. $40,000 - $60,000). Butterscotch with black pick guard, neck date “5-10-51 T.G.”, no body date, with original thermometer case. Guitar has replaced volume and one tone pot but originals are present. This guitar was personally gifted to Les Paul by Leo Fender who signed the back of the headstock “Leo Fender.” The guitar is uncharacteristically light weighing only 7.4 pounds. 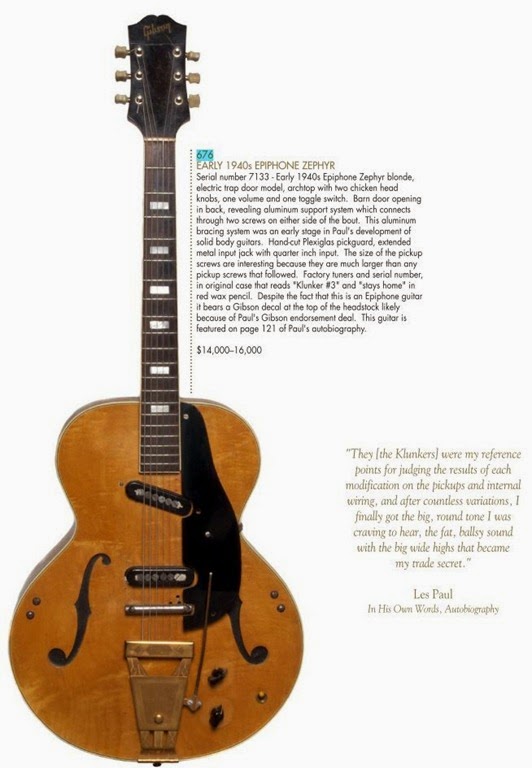 • Early 1940s Epiphone Zephyr serial number 7133– Klunker #3 (Est. $14,000 - $16,000) Blonde, electric trap door model arch top with two chicken head knobs, one volume and one a toggle switch, with bard door opening in the back and Paul’s aluminum support system which led him to use solid body construction. This is one of three early experimental models called the “Klunkers” by Paul. 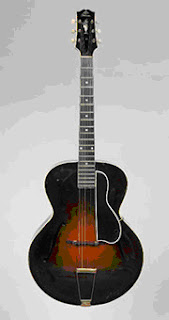 • 1927 Gibson L-5 Sunburst Cremona serial number 87230. (Est. $10,000 - $15,000) Hole drilled through the original pick guard, back re-finished, no original case. This is one of the two L-5s purchased by Les Paul, and then going by the name Rhubarb Red, at Gibson in Kalamazoo Michigan with his friend and band mate Sunny Joe Wolverton in 1933. Paul discusses the trip and purchasing this guitar extensively in his autobiography. He later gave this guitar to a friend Dave Moran, who requested the guitar be returned to Paul upon his death. 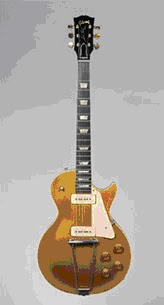 • 1952 Gibson Les Paul Goldtop (Est. $14,000 - $16,000) No serial number, Trapeze tailpiece, tuners have been changed to Grover’s, patent pending with original case. This is one of the very first Les Paul guitars produced. The back of the headstock is hand signed, “Les Paul." 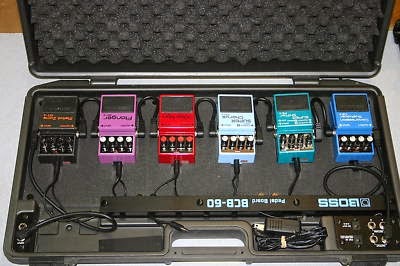 • Boss BCB-6 Pedal Effects in Case (Est. $3,000 - $5,000). Six Boss pedals including: chromatic tuner TU-2 white, super chorus ch-1 blue, digital delay DD3 silver, digital reverb/delay RV3 grey. The case also contains tools including a pair of Les Paul’s sunglasses and have all of his settings recorded on masking tape. This is the gigging case used by Les Paul during his weekly shows at both Fat Tuesdays and the Iridium Jazz Club for decades. 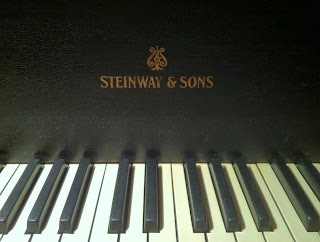 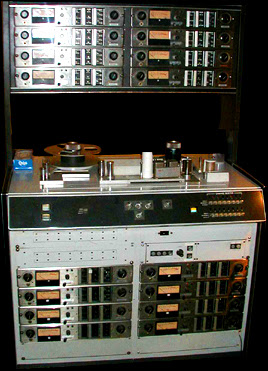 • Early 1970s Ampex MM1000 (Est. $3,000 - $5,000) Sixteen track recording machine using two inch tape, with custom VSO, serial number 260, with AC cable and side block. Has been re-built in good condition. This was the first Ampex sixteen track machine and is one of the most sought after sixteen track machines to this day. This machine was used in the downstairs recording studio at Les Paul’s Mahwah, New Jersey home.

• Late 1960s API Recording Mixing Console (Est. $40,000 - $60,000) Twenty eight by sixteen console believed to be one of the first few made with the desirable configuration of twenty eight mic line input channels and sixteen buss. Originally a twenty-channel mixer with an eight-channel side car added later, three 12 point patch bay main console and 144 patch bay on side car. Modules include: five – 558 EQs, one – 550 EQ, four – 553 EQs, 9 – Aengus 8 band EQs, one – old school audio mic pre 580 series size, two – 525 compressors, one – 575 oscillators, one – talk back module, four – 553 EQs, sixteen buss VU meters, and an elaborate master section with buss and cue system. The board is made by Automated Processes Inc. of Farmingdale New York, one of the most notable American made mixing consoles. Original masking tape label with channel identifications in Les Paul’s hand including, “channel 1 Les Guitar.”

Single fifteen Altec Lansing speaker with high frequency horn, power amp and Paulverizer attachment built into the cabinet. Topped with a Nakimichi 700, three head cassette player which Paul used to play along with pre-recorded tracks. This was Paul’s long-time tour rig. Sold together with a spare Nakamichi 700 and identical Altec Lansing single fifteen cabinet. (I have mentioned this guitar and the Paulverizer in a prior article.) 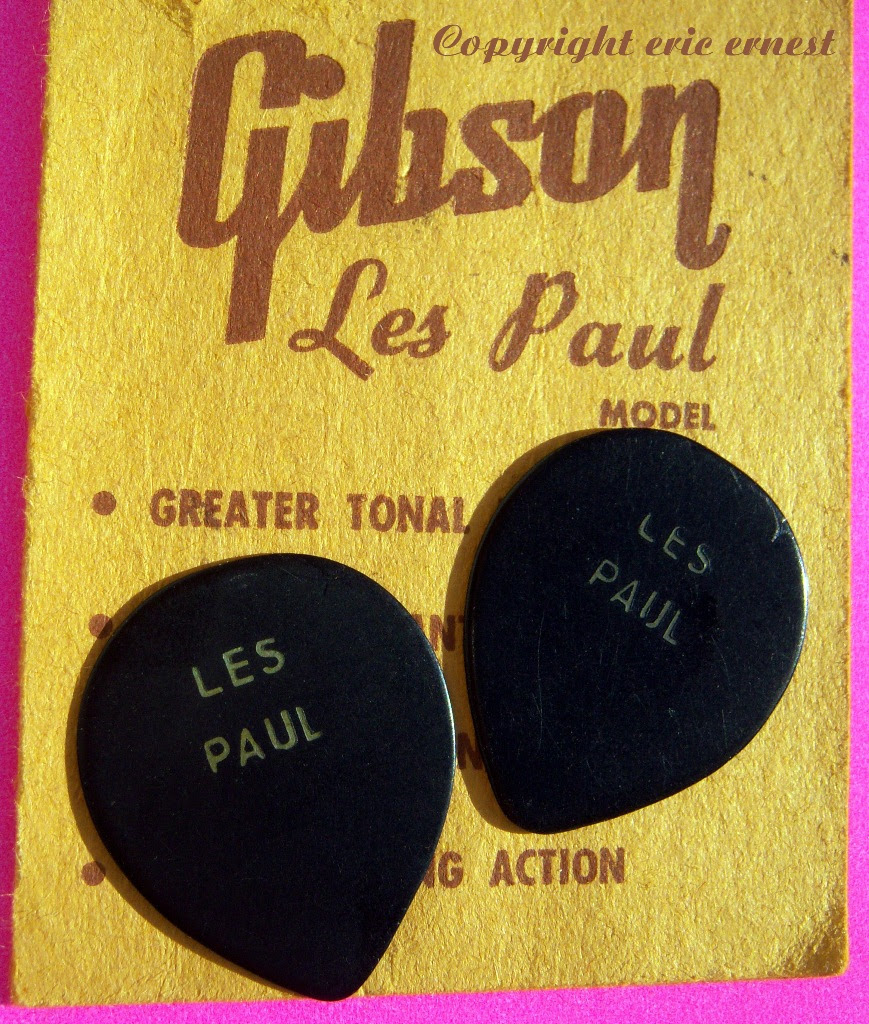 I'd like to get my hands on the touring rig, but at the moment all I can afford are a couple of Les' picks and I didn't see any mention of them.

Good luck bidding. If anyone buys anything please let me know by e-mail.