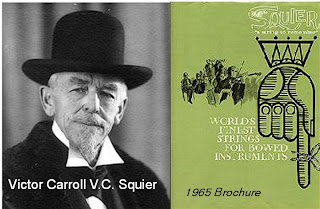 The V.C. Squier Company started in 1930 by the son of a British immigrant, Victor C. Squier.

The Squier Company originally made violins at the shop in Battle Creek Michigan. 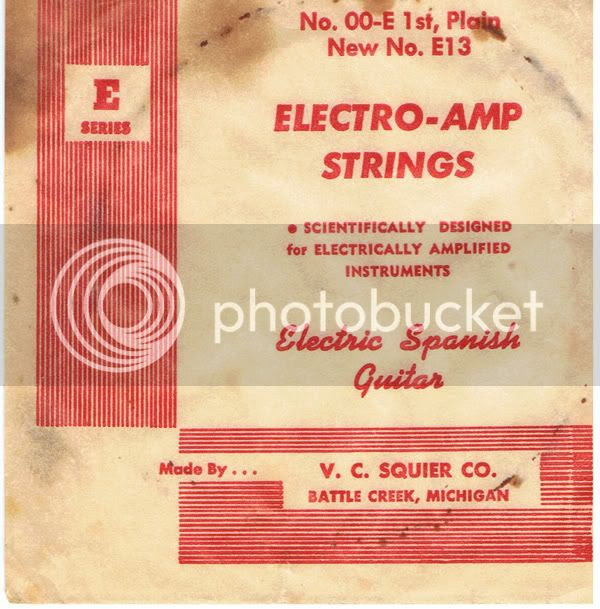 At the time all violin strings were manufactured in Europe. Squier saw a need and an oportunity to make economical violin strings domestically rather than import strings for his instruments. He accomplished this by the use of a treddle sewing machine as a string winder.

The strings were offered to retail shops and eventually became their primary product.

Squier set about manufacturing strings for all stringed musical instruments, including the piano. 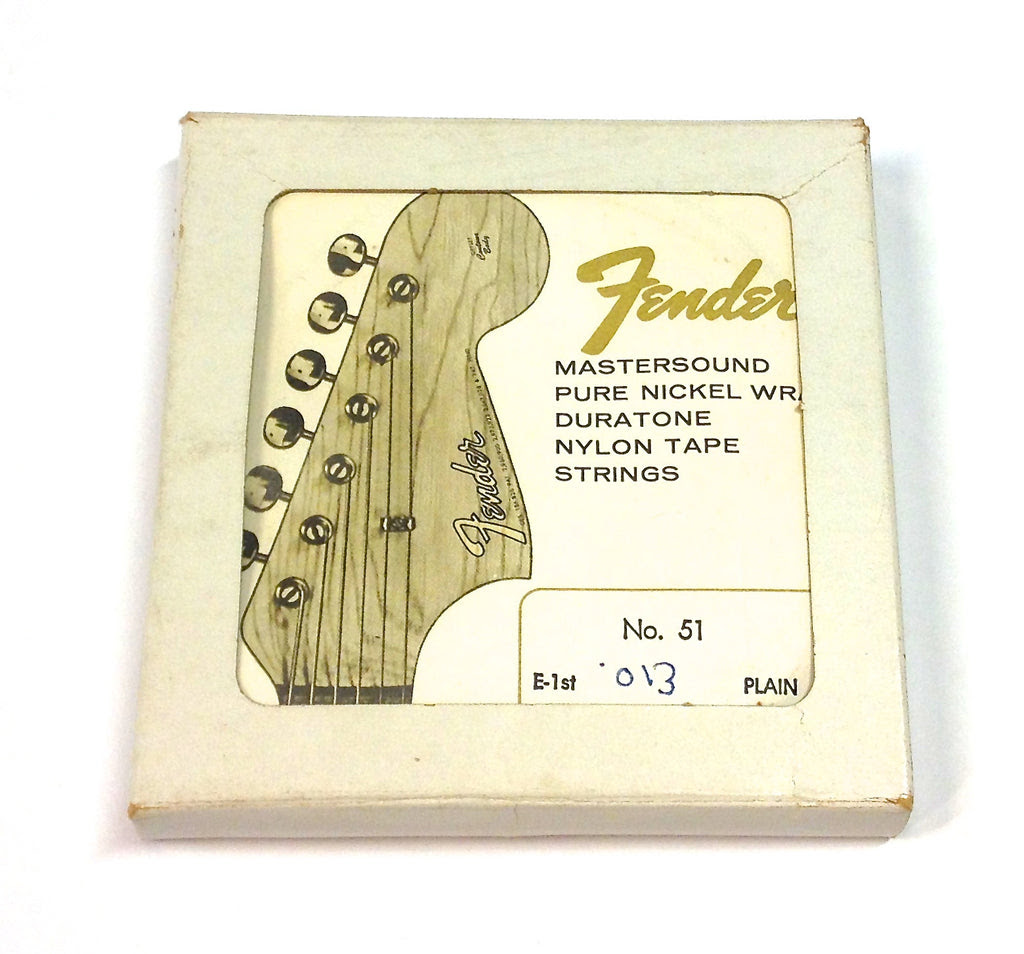 In 1965 Fender Guitars acquired the V.C. Squier Company with the goal of manufacturing Fender guitar strings.  By 1970 the Squier brand was retired and sold only as Fender guitar and bass strings.


The 1980's brought a flood of Fender "copy" guitars that were manufactured in Japan and Korea. Some of these instruments were surprisingly of excellent quality, but the majority were poor imitations. 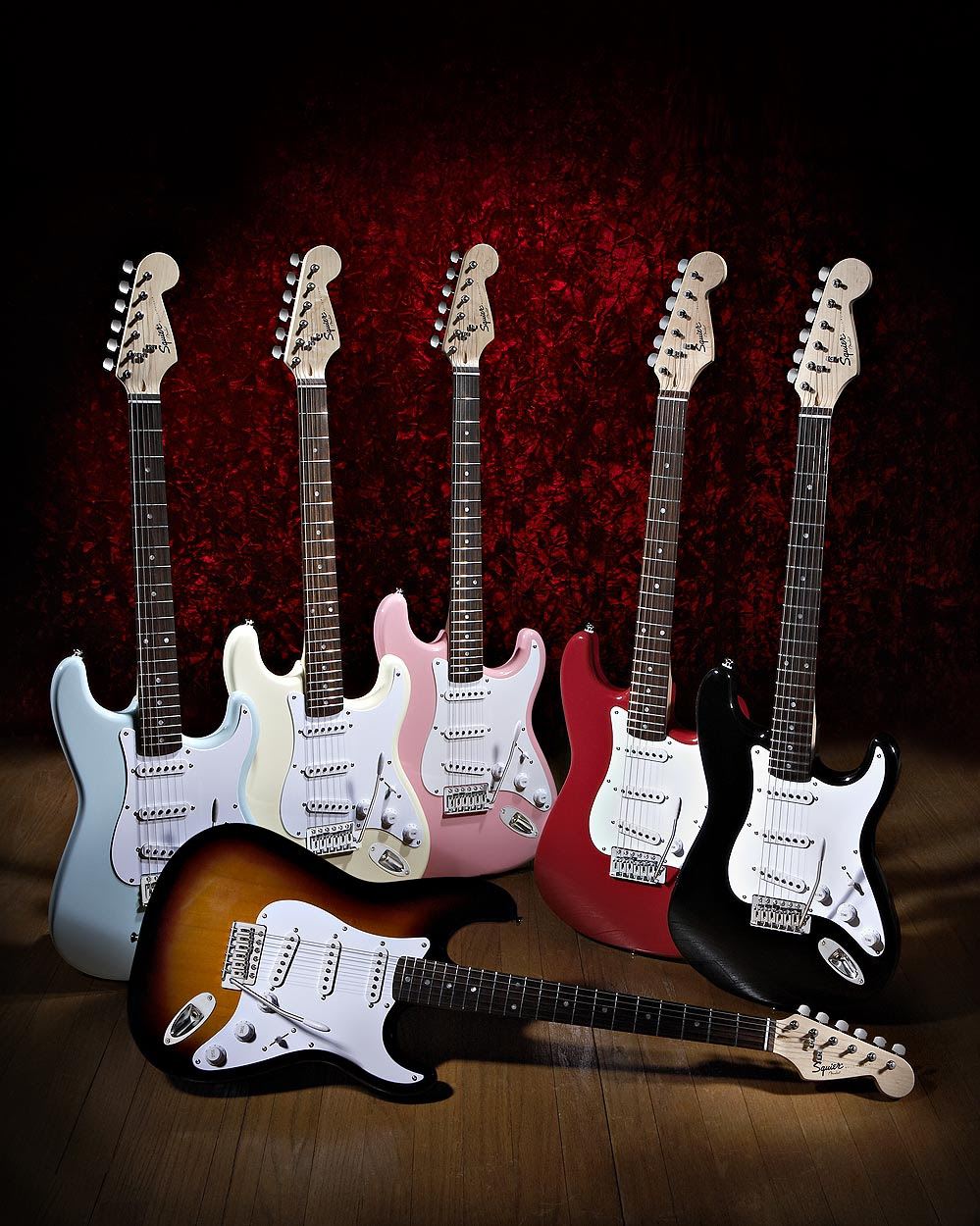 Fender made a decision to compete with their imitators by outsourcing some of its guitar production to the same companies making copy Fenders,. but Fender did not want their name associated with non-domestically manufactured instruments.

In 1982 Fender decided to market these instruments under the Squire brand.  The original Squiers were sold with the logo Squier "JV" which stood for Squier Japanese Vintage.

The JV series sold through 1984 when Fender realized the success of the brand, continuing production through the present

Though the majority of Squier's guitars are reproductions or variations on the more expensive line of Fender guitars.

But every now and then Fender designers come up with a truly unique instrument under the Squier brand.

I've recently described two of them.  Probably the most unique and desirable Squier is the Squier '51.  This guitar was an immediate hit. The price point was around $150.

Box stores and catalogues were letting them go for $99.  For that price a player could afford to upgrade this instrument with higher quality pickups, an improved tailpiece, nut and perhaps a custom paint job. 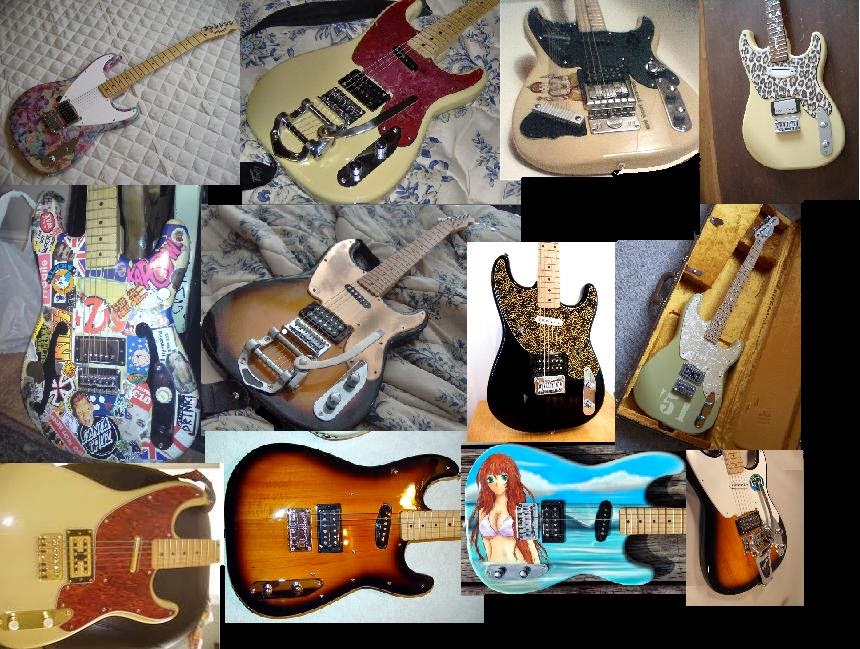 There are currently forums on the web that are devoted to modification of Squier '51's.

The '51 combines aspects of different Fender guitars and basses into one unique looking guitar.

The body is somewhat similar to a Fender Stratocaster. 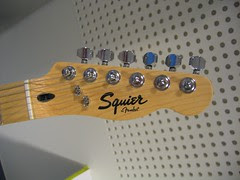 The pickguard, switch plate and knobs are based on a 1951 Fender Precision bass.  The headstock is reminicent of the one on a Telecaster neck.

The slanted neck pickup is similar to that of a Strat, with it's exposed pole-pieces.  The bridge pickup is a split coil humbucker.

The controls on the switch plater. are much different than those found on other Fender instruments.  One potentiometer for the guitar's volume is also a push-pull switch that allows the bridge pickup to work in the single coil or humbucking mode. 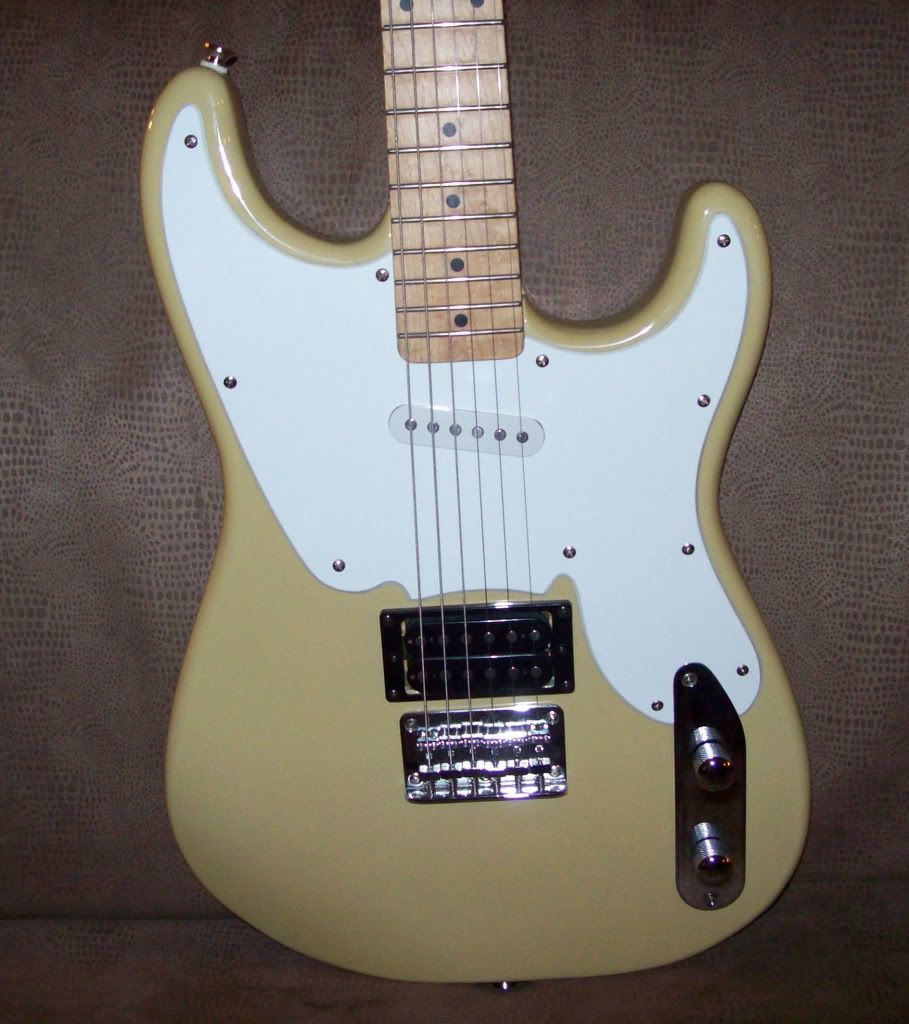 This guitar does not have a tone control.  The other potentiometer is actually a 3-way rotary switch that controls the on-off function of the pickups.  Center position is the two pickups running in combination.

As I recall, this guitar's six-saddle chromed bridge unit was somewhat flimsy, although different models seemed to be of differing quality. The bridge was mounted on the guitar's topside with 4 screws and was a top loader.

The body was made of basswood. The neck was maple with a maple fretboard. The pickguard was generally white, but was also available in black.

The body colour options were Sunburst (2 tone, which was found on the older 1951 P-bass), Black and Creme.

This model was produced from 2004 through 2006.  Leftover models were drastically discounted in 2007.

The Squier '51 was a clear winner.  In my opinion Fender should consider introducing it into their regular Squier line up.
©UniqueGuitar Publications (text only)

Posted by marcusohara@aol.com at 4:51 AM

tokai silver star : headstock look the same, even the font is the same!

I remember it seemed odd when those were discontinued. The store I work in had trouble keeping them in stock. Why stop making something people want?

Get professional trading signals sent to your cell phone every day.

Start following our signals NOW & gain up to 270% per day.