Did you ever look at a product and scratch your head and say, “What were they thinking?”

I have stumbled across a few guitars over the years that made me wonder this very thing.  The LaBaye 2x4 and the Musicvox guitars come to mind.


We are living in an age in which there are more amateur and professional luthiers than ever before. Most are creating wonderful instruments. But there are some that make you wonder if someone forgot to lock the cage door. That's what this is about. 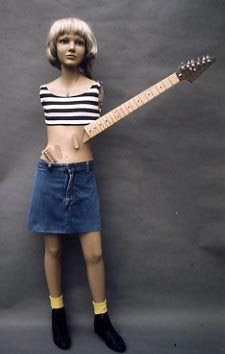 Though this looks something like a teenage girl mannequin, it is actually a guitar.  It was made by a fellow named . I'm sort of concerned about Lou.

This one was not made by Cheech or Chong, but by Basone Guitars, located in . Judging their web page, they make some fine quality guitars. But this one is...uh...different.

It appears an individual that uses guitars as art projects made this Egyptian objet d’art. Or perhaps it was a rare find from one of the pyramids. 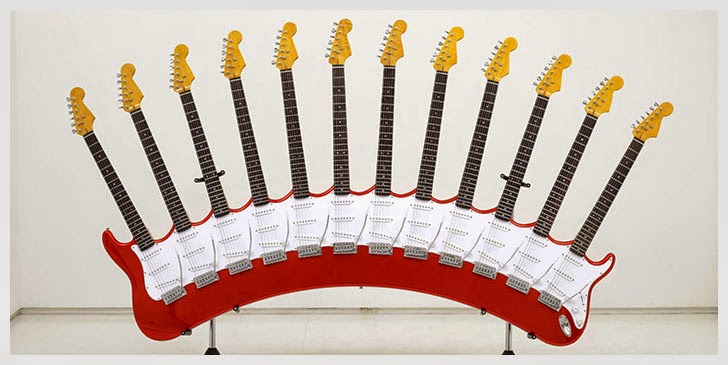 I have seen hundreds of guitars, and played many guitars, but I have never played a 12 neck guitar. I believe this guy attempting to outdo Rick Nielsen. 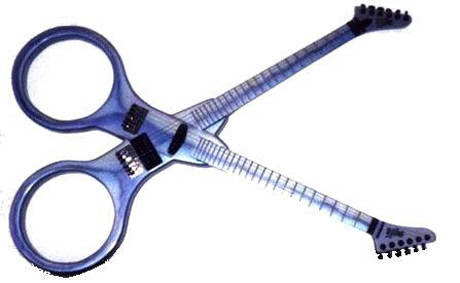 I do not know who made this, but they must think they are a cut above the rest. 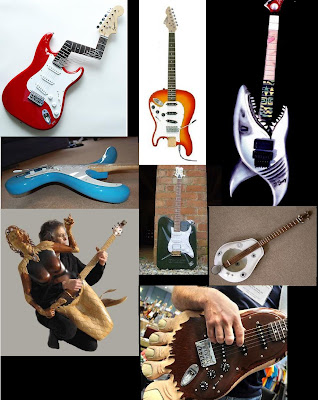 Here is a hodge-podge of strange-but-true guitars. Most are a mystery as to the creator. If I knew who they were, the question I would ask is why? 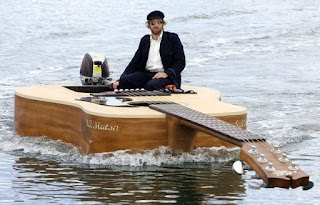 This must be Maton's new Evenrude model.

I never was keen on snakes, not even if they have six strings and a humbucker.

Let’s give a polite hand to this builder. Hooooraaaayyyy!!!

I'm not sure what side you use to tune this guitar  I’m so confused.

“Oh the shark has, lots of teeth dear,
and he keeps them pearly-white...”

This is a Jay Turser JT-Shark Guitar. I am not sure why someone would want one, however get one and be the life of your next party! 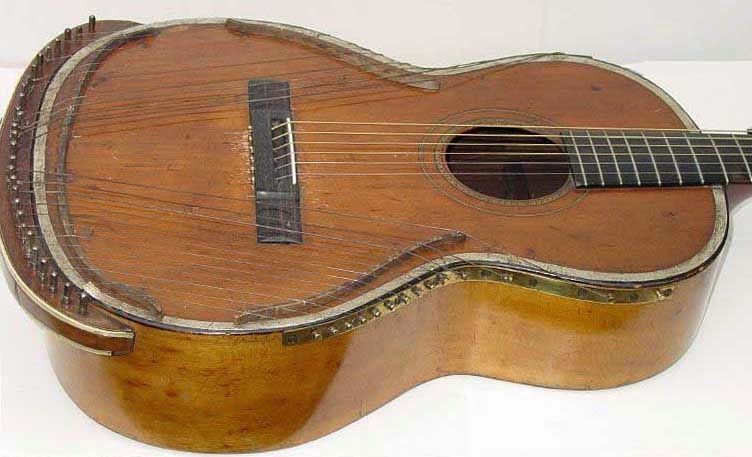 If you are ever in Bohemia, you might want to pick up one of these zither guitars that they make.. 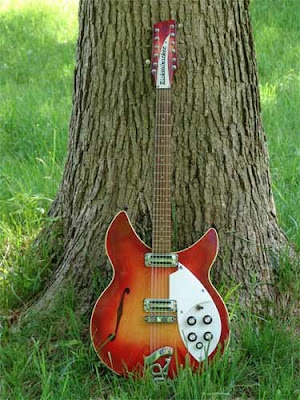 I had to rub my eyes to see if this guitar was for real. It is! It is a 1964 Rickenbacker 360 12S tenor guitar with 12 strings and a combination of guitar and banjo tuners.

Posted by marcusohara@aol.com at 2:45 PM

...Does the bendy guitar work?

I don't think it works. Thanks for stopping by. I appreciate it.

Good!Thanx a nice article .Welcome to visit us! And, our site makes it very easy and inexpensive to get the
cheap jerseys china, cheap nfl jersey,
Cheap NFL Jerseys,discount NFL jerseys,wholesale cheap mlb jerseys,cheap nba jerseys ,and related products. All of our jerseys are 100% stitched and Embroidered,never screen printed so the quality is guaranteed. You can place order directly on our http://www.cheapnfljerseysviews.com for the jerseys you like. And then settle payments by paypal or Western Union.

Nice!!No matter what team you root for, We has something for you.As a dedicated online MBT Shoes retailer, we provide our customers with a great variety of quality mbt shoes sale at the most competitive MBT Healthy Sports MBT Shoes From mbt shoes outlet, 70% OFF Discount, Welcome To Our mbt sandals sale Store!Free shipping BOTH ways on mbt shoes, from our vast selection of styles.

Rick Nielsen of Cheap Trick has some bad ass guitars !!!