In 1976 Dean B Zelinsky was just a 17-year-old kid living in Chicago when he decided he was going to build guitars based on famous existing models. However, he was going to build them better and in more of a style that rock and heavy metal players would like. He started his company in 1977 with his first model was based on the Gibson Flying Vee.

Though the body was in the Vee style, the headstock looked like a V turned the opposite way.

The neck had a slight V shape, the instrument was well balanced, and the tone was exquisite. Zelinsky had wandered into the realm of giant manufacturers, such as Fender and Gibson, especially Gibson.


The next Dean guitar was based on the Gibson Explorer, but it bore the V shaped headstock that are now Dean trademarks. This headstock was similar to some artist conceptions of the illusive Gibson Modernes. Zelinsky named this model the Z after its shape.

He then built a hybrid guitar, based on an original design and called it the ML. The bottom of the guitar had the Vee shape and the top had the Explorer or Zee shape. Of course, it came with the obligatory V headstock with the winged Dean logo.

Not content to make just guitars, Zelinsky built basses using the same body designs. In the early 1980’s, Dean built a model that he called The Cadillac. This was somewhere between a Les Paul and an Explorer. The pickups, potentiometers, and hardware on Dean Guitars were the finest. By advertising and good public relations, Zelinsky soon had a following. Leslie West of Mountain played a Dean. Rusty Cooley had Dean create a model based on his specifications. 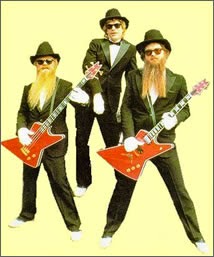 Dusty Hill from ZZ Top played a Dean Bass, along with the Reverend Billy Gibbs playing a Dean guitar. Vinnie Moore and Tommy Bolin played Dean Guitars, as did Dave Mustaine and Michael Schenker. However, the name most associated with Dean Guitars was Dimebag Darrell Abbott. 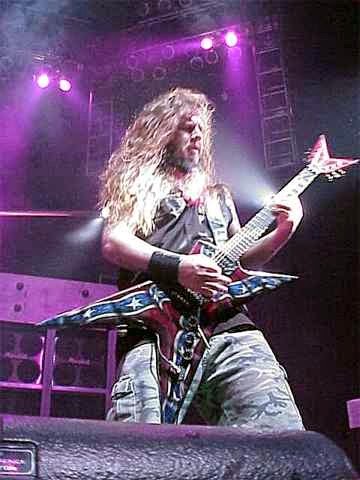 Dimebag had Dean design a couple of special guitars both dubbed the Razorback, based on the ML, but with more points. The Razorback V was much like the Dean Vee, but also with more points. After ten years of building guitars, Zelinsky sold his company to Oscar Medeiros who ran it through the 1980’s and 90’s.

Medeiros made some improvements to the instrument such as a neck through the body. Medeiros sold the business in 1997 to a Tampa Florida based company called Armadillo Enterprises run by Elliot Rubinson (who is quite a player in his own right.)

Armadillo/Rubinson sought out Zelinsky’s help and brought him on board. By now the Dean Company was outsourcing the majority of its instruments to Korea. Zelinsky was in charge of guitars built in the United States.

He stayed with the company until 2008 when he departed from Armadillo due to creative differences.

Today Dean Guitar Company builds too many models and styles to mention them all. Angelo Batio, who is said to be the fastest guitarist in the world has his own double-neck model, with the necks at opposite ends of the guitar. Bret Michaels was recently signed as a Dean endorser. By 2007 Dean was manufacturing and winding its own pickups in the USA. They are also offering Korean manufactured instruments of good quality and a great price.

In 2008, Dean B Zelinsky has started his own new company called DBZ guitars. This is a joint ownership with his partners, Jeff Diamant, who owns Diamond Amplification and Terry Martin.

DBZ is a Houston, Texas based company. They maintain a custom shop in Chicago where Zelinsky still resides. Dean Zelinsky is in charge of the Custom Shop.


The company has branched out to become a large manufacturing-warehouse center in Tampa from which it distributes Dean electric guitars and Dean acoustic guitars as well as other product lines.

Posted by marcusohara@aol.com at 8:00 PM

Another one of Dean's "influences" would have been Jol Dantzig and Paul Hamer who started Hamer guitars in 1973. Zelinski had worked as a roadie for Dantzig and Hamer, who grew up in the same town as Zelinski. Dantzig had built a Flying V bass to use in his band, and Zelinski would have been exposed to that early on.

I was not aware of that. Thank you Kris Z.

If you want your ex-girlfriend or ex-boyfriend to come crawling back to you on their knees (no matter why you broke up) you must watch this video
right away...

(VIDEO) Text Your Ex Back?

Get professional trading signals delivered to your cell phone every day.

Start following our signals right now and make up to 270% per day.

Seeking to join more affiliate networks?
Visit this affiliate directory to look at the ultimate list of affiliate programs.